Startseite » Newsroom » Blog » Part 3 of the etventure hackathon: Ideas that make the world a little better

A team of etventure’s designers, developers and product managers made its way to the idyllic countryside of Mecklenburg-Western Pomerania to carry out the first etventure hackathon. In part 1 of this blog series, we explained how this idea came about and what a hackathon actually is.  Part 2 describes how the etventure team conceived new product ideas in intensive developer sessions. The ambitious tagline was ‘Let’s make the world a better place.’ Now, here’s the last part. What are the results of the hackathon? And do they really make the (etventure) world a better place?

At exactly 7.30 pm, with just a 30-minute delay, the project work stopped and the most exciting part began – the pitches. The incredible result? Three of the four teams were able to present executable prototypes. Well, present is something of an understatement in this case. Beside the actual prototypes, which earned rapturous applause in and of themselves, the whole affair was studded with rehearsed sketches and elaborate lighting effects. 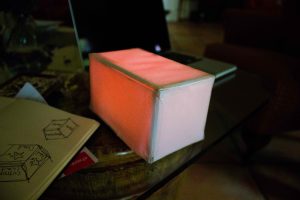 One of the highlights in the process was definitely the time tracking cube that had been put together out of paper, straws, and a mobile phone. The phone shone in different colors depending on the direction it was facing and tracked the time spent on the predefined projects. (you can remind yourself of the ideas behind the different prototypes here ). However, the other three projects also earned the highest of praise. The expectations regarding the originality and quality of the final prototypes were surpassed many times over, for each of the projects. 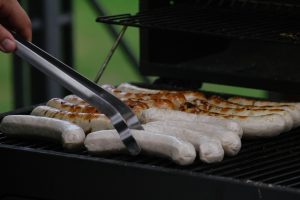 The pitches were followed by a hearty, celebratory barbecue. And now it seemed as though (just a little) tiredness was finally becoming evident. For a couple of hours, the two dance floors, which had spontaneously emerged on the terrace and (of course) in the kitchen, were well visited. Around midnight, however, they became noticeably emptier until finally only the hardcore few remained awake, whiling away the final moments of the first official etventure hackathon, on a humid summer night somewhere in the middle of Mecklenburg-Western Pomerania. 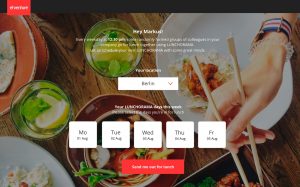 In hindsight, it can be objectively said that the first etventure hackathon was a huge success. The four resulting prototypes were presented to the entire team afterwards and received a great reception. The Lunch Randomizer is now called Lunch-o-Rama and has been integrated into Slack, etventure’s internal communication tool. It is already fully functioning, and is regularly used by 50 percent of etventure’s employees. The B-Day Present Support tool is also being rolled out and there are already inquiries about the Tracking Cube from collaborating startups.

With regard to our initial test hypotheses, the following observations can be made:

1) Yes, such a hackathon is a #MEGA boost for team spirit. You get to know teammates and their skills in a very comfortable yet challenging environment. This first-hand experience gives employees an idea of the opportunities that cooperation could bring in the future.

2) 24 hours is not quite enough time to generate ideas, create concepts, execute them and present a pitch. Such an event should be expanded to 36 hours in the future.

3) No, in Germany, nationwide high-speed internet is still only a distant vision of the future.

Irrespective of this, we have also picked up very specific experience, which we will incorporate into our daily working processes. First and foremost, we would like to try to create a similar setup much more frequently – an environment in which cross-functional teams work within an extremely limited time frame on a very specific goal. This is already promoted through scrum processes in software development. However, to date, we have not made anywhere near enough use of these opportunities, particularly in the early project phases. Once again, that poses new challenges in terms of team setup, goal definitions and work environment. Nevertheless, our hackathon has shown that extraordinary results can be expected as the result of such a setup. We will be writing a blog soon to let you know how we can implement this in practical terms.

Our conclusion is therefore crystal clear: One hackathon can make a lot of difference. It has made etventure’s world has become slightly better, more exciting, and more diverse. Mission accomplished!

Video of the etventure hackathon: 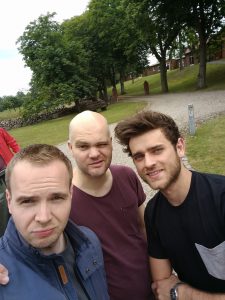