Where money was demanded in the past, is now the driver for the coming growth: digital ideas. Together with the family-owned investment company Haniel, etventure opened at the digital unit Schacht One at the Zollverein Coal Mine Complex in Essen this Friday. With the opening of its own office also at the Zollverein Coal Mine Complex at the same time, etventure is also celebrating its fifth location in Germany.

“Digitization is going to change our economy markedly. Everything which can be digitized will be digitized,” emphasized Minister of the Economy Garrelt Duin in his speech. Today’s founding of Schacht One represents a milestone in this regard, says Duin: “Today is a moment when something has changed in the Ruhr region and for NRW.” The new digital revolution must be continued from here onwards.

With support from etventure, Schacht One is intended to assist the Haniel business areas with implementing their digital projects in the future. “We are going to add value to our investments and actively promote their further development. This differentiates us from other investors as a family-owned investment company, “ said Stephan Gemhow at the official opening.

Schacht One’s new location at Zollverein Coal Mine Complex in Essen is thus an authentic commitment to the NRW location. At the same time, they also want to create greater utilizable value for the Haniel Holding through their geographical proximity. “Schacht One should also be an important catalyst for the local business and the startup world via its own Haniel investments,” affirmed Dirk Müller, Managing Director of Schacht One. “Together we want to create a hub for the digitization of companies as well as startups, to promote the networking of both sides and advance digital transformation.”

Opening of the fifth etventure location in Germany

With the founding of Schacht One, etventure is opening its fifth location in Germany. “After recently opening a new location in Stuttgart, we are really looking forward to now having a presence in Nordrhein-Westfalen,” says Philipp Herrmann, Founder and Managing Director of etventure.

etventure has previously implemented similar projects for the steel manufacturer Klöckner, the financial corporation Wüstenrot & Württembergische and the plant manufacturer SMS group. etventure is relying on innovation methods from Silicon Valley for the development of digital ideas and business models. These methods, such as Lean Startup or Design Thinking, will also be used by Schacht One in the future. Two key aspects are radical user orientation and speed. “The point is not to spend two years developing ideas into a perfect product in the lab. Instead, ideas must be tested directly and quickly together with the customer.” In this way, you can quickly recognize which idea actually has potential, and then start to implement it directly. 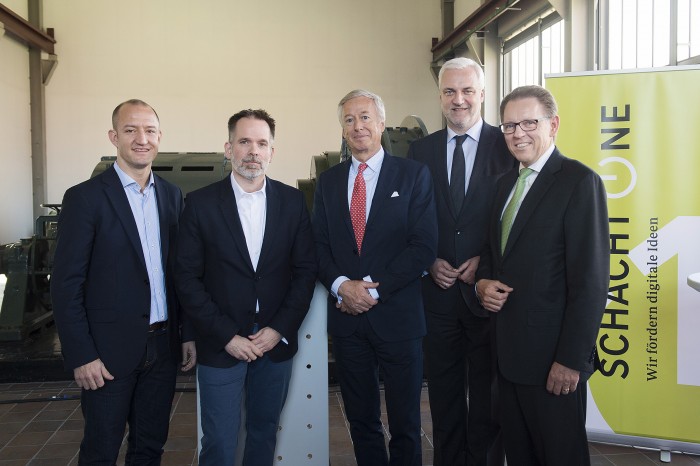 Schacht One’s new office leaves nothing to be desired in terms of creative design.