Schacht One was only launched in April this year. With support from etventure, the family equity company Haniel got its digital unit, Schacht One, up and running. The digital unit, which is located at the Zollverein Coal Mine Industrial Complex in Essen, was formed in order to press ahead with digitization at the company’s portfolio businesses. Garrelt Duin, the minister for economic affairs in the state of North Rhine-Westphalia (NRW), was present at the launch back in April. He said, “In the not-too-distant future, we will look back on this day and say, ‘This was the day when something changed in NRW.’” This message has clearly spread as far as Berlin, where Germany’s national government is based. Yesterday, it was the turn of German Economy Minister Sigmar Gabriel. He visited the digital location and showed great interest, particularly in the approaches and methods used in the course of digitizing and making things user-focused.

Sigmar Gabriel is another advocate for the future-oriented topic of digitization. Digital infrastructure, the future of work, data security, education and training that is tailored to meet future requirements, a functional legal framework – these aspects were all mentioned when the Economy Minister presented his ‘Digital Strategy 2025’ at the CeBIT trade fair in March.  His idea is that the plan should be executed by a coordinated, intergovernmental digital agency. This is almost exactly in line with etventure’s philosophy, which emphasizes that a protected space – a digital unit – is required in order for innovative plans to be successfully executed. For some time now, etventure has also been considering how this kind of digital unit might play out on a political level.

It is therefore very logical that Sigmar Gabriel should draw from these significant experiences and ideas from the world of business. “I think it is exemplary that a traditional, established company, which was once a part of the first industrial revolution, is now resolutely tackling the fourth phase of industrialization,” said an impressed Mr. Gabriel. Haniel wants to use Schacht One, which acts as a digital workshop for its various business divisions, to actively promote the further development of its portfolio companies and to execute its digital plans. etventure assists Haniel with this by providing its own digital experts. It also draws on its experience and expertise regarding methods and approaches when assisting Haniel. 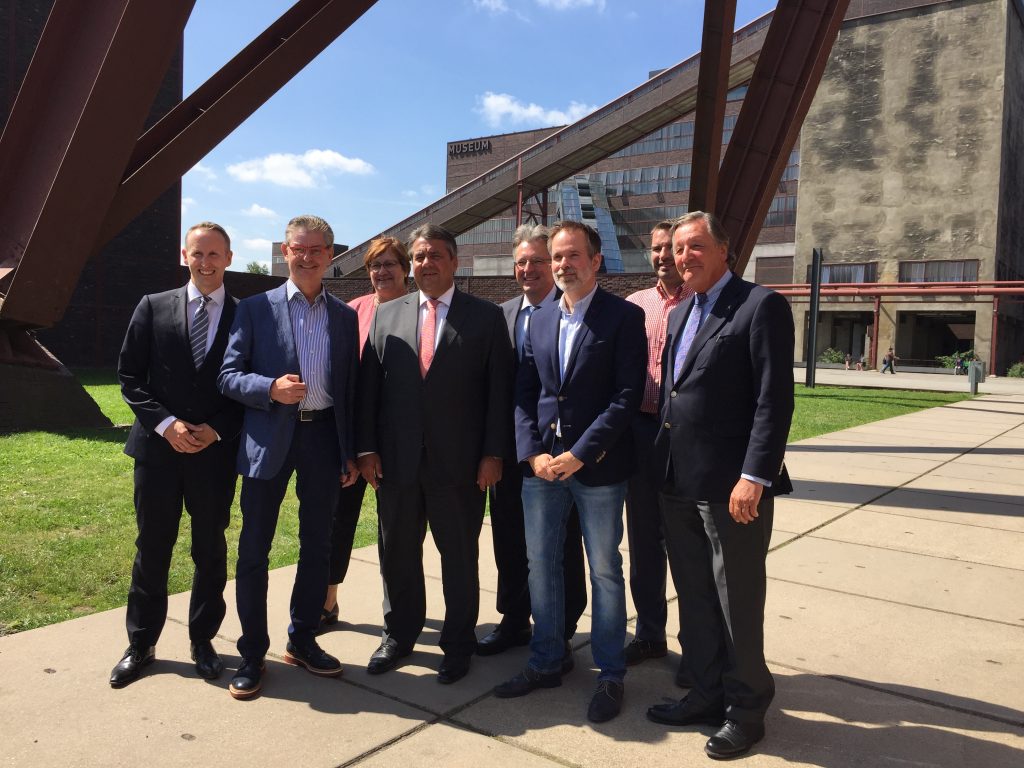 Sigmar Gabriel showed great interest in the methods and approaches mentioned above. In particular, Mr. Gabriel concentrated on the precise definition of a user-focused approach, and how this approach is executed in the course of digital projects. “Perhaps these methods could also be applied to gain a better understanding of the electorate,” he said, half seriously. He would be wise to take this matter very seriously.

He then went into the etventure office itself for some time, where he had a confidential conversation with Martin Schulz. It was not possible to ascertain whether this discussion was about the digital agenda or just about the nomination of the next Federal President.