In July, etventure and Friendsfactory started their joint venture ‘Friendsfactory by etventure.’ After substantial renovations, the first site was opened in Munich’s Parkstadt Schwabing district in August. In the meantime, the premises are filling up – and not just with the first tenants. The first startup community event on the subject of sales and growth hacking also took place in the new premises this week. HR Innovation Safari visited on Monday. 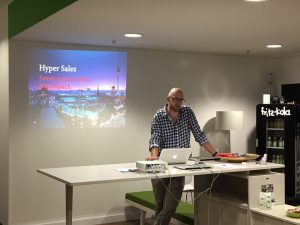 How do you sell your own ideas or products successfully? This is a question that all startups are faced with sooner or later. Yet the lack of sales success does not necessarily mean that the product is substandard. In many cases, the sales potential is not fully exploited; the target group is not reached or is not correctly addressed. In his presentation on the topic of ‘Hyper Sales’, Nic Westerhoff, Sales Lab Engineer at Wendero, pointed out what has changed in sales over the last few years. Although many processes have been digitized, the significant change is in the area of purchaser behavior. “Irrespective of whether the clients are in the B2C or B2B sector, the internet means that they can find out information independently and in far greater depth than before. In actual fact, clients already know exactly what they want, right from the start of the sales process.” In this respect, startups have decisive advantages over large corporations. They can make flexible use of digital tools and can simultaneously deploy them in automated form. They can also integrate more information into the acquisition process for their client. They can therefore greatly increase their sales figures – even with a small team. 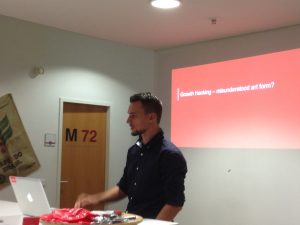 However, before a product can be sold, the first step is to publicize it. Growth hacking is one way to do exactly that. Although growth hacking is a popular buzzword, it is often unclear what it actually means. Tim Janssen, Senior Online Marketing Manager at etventure, shed some light on it at TipsTuesday. He made it clear: “Growth hacking is more of a mentality than a marketing discipline in its own right. The main idea is not to make decisions based on a gut feeling, but rather always on the basis of data and analysis.” In principle, growth hacking combines many different methods and is thus an interdisciplinary function. Runtastics’ Facebook integration or Dropbox’s idea to promote the invitation of friends with more storage space are examples of ideas you can use to boost your own business model. Uber also uses growth hacking with great success to break down how a city ‘ticks’ using data alone, and to best address the needs of the people there. At the same time, the following applies: Just because an idea works for one product does not necessarily mean that it will also do so for others. Examples of success can serve as inspiration but should not just be copied. 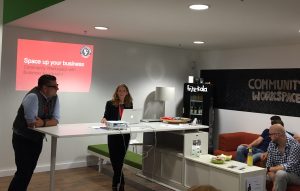 Laura Kohler and Gregor Gebhardt, Managing Directors of Friendsfactory by etventure, were naturally also present at the first community event in Parkstadt Schwabing. Together, they introduced the concept of the joint venture – the rental of office rooms combined with startup building and mentoring, as well as targeted community management and the initiation of cooperation between startups and established companies.

The next TipsTuesday on October 11 will focus on human resources and the question of how to find and retain the right employees for your startup. You can already register for the event via the Startup EUvolution Munich Meetup Group. 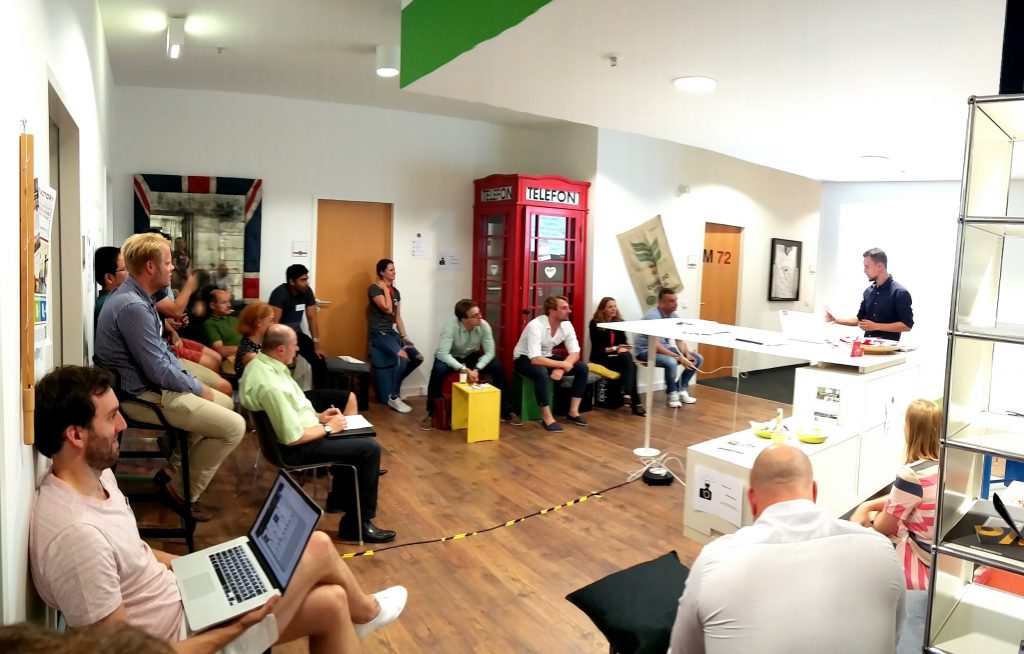 On Monday of this week, the HR Innovation Safari – an event that was organized by the Munich startups HRForecast and HRinstruments, together with the IHK (chamber of commerce) for Munich and Upper Bavaria – visited Friendsfactory at its location in Munich’s Parkstadt Schwabing district. As part of this, a group of employees undertook a two-day tour through Munich and picked up tips and tricks concerning HR at a wide variety of companies – from startups and SMEs through to large corporations. The main issue raised at the HR Innovation Safari was the kind of challenges that digitization poses for the field of Human Resources. The Safari was launched at the Parkstadt Schwabing location, where Jenny Sommer, Head of Sales at Friendsfactory, and Christian van Alphen, Head of PR at etventure, welcomed the participants and introduced the Friendsfactory by etventure concept. Dr. Norbert Huchler of ISF Munich also spoke about the changes in today’s world of work. Further stops on the HR Innovation Safari included the Munich Technology Center, the Osram corporation, the recruiting startup Talentry and the medium-sized software company Netcentric. 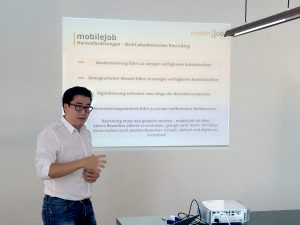 During the first evening of the Safari event, Laura Kohler gave a keynote speech about cooperation and networking opportunities between startups and corporations. She also explained how partnership arrangements can be successful. The etventure startup mobileJob also introduced itself at the ‘HR Startup Pitch.’ mobileJob is viewed as the inventor of the express job application. Mobile devices are used to speed up the application process significantly and to greatly simplify the search for personnel for the commercial labor market.