Since October 2015, etventure has been assisting the specialist machine builder Putzmeister with its digital transformation. This has led to the formation of digital innovation projects in a wide variety of areas – including in the segments of machine-to-machine communication and building information modeling. Last week saw the launch of PUMPNOW, the first market-ready digital project. Within the first twelve hours, the online platform that offers a flexible way of hiring screed pumps had already managed to acquire its first clients, and received numerous other inquiries.

Digitization at the Innovation Factory

While digitization has already led to massive upheaval in many industries, digital technologies are only just beginning to get off the ground in the construction industry. Nonetheless, it is evident that even this somewhat traditional sector will not escape digitization. For this reason, Putzmeister – a world leader in concrete delivery with further business units focusing on mortar and industrial technologies as well as underground construction – has invited etventure on board to help with the digitization of its processes. This involved the creation of its own digital unit, the Innovation Factory. Innovations for Putzmeister’s different business areas are identified, tested and validated in this ‘protected space’ – independent of the existing structures and processes of the organization as a whole – with the help of innovation methods such as Lean Startup and Design Thinking. This is a principle that etventure has already successfully applied in its partnerships with the steel manufacturer Klöckner & Co., the family equity company Haniel & Cie, and the SMS group.

PUMPNOW – always the right pump at the right time

The online platform PUMPNOW is now the first jointly developed digital project to reach market readiness. It has now entered the pilot phase in North Rhine-Westphalia, the greater Frankfurt area and the Westerwald region. PUMPNOW provides construction businesses with the opportunity to rent the special machines they require on a flexible, short-term basis. Indeed, particularly for small companies, the costs involved with procuring and running the machines are often unaffordable. It is also difficult to plan which machines will be needed over the long term. PUMPNOW is taking advantage of these ‘pain points.’ Contractors can rent the screed pump they require, including accessories and other equipment. Furthermore, the often time-consuming transport of the machines is no longer an issue in the case of non-local construction sites. All maintenance, service and insurance costs are also included and can be budgeted for. In this way, tradesmen only pay for the period during which they are actually using the machine and during which they are being paid by the client for their services.

Right from the start, the PUMPNOW business model showed that it has potential. The first client order was made over the platform within the first twelve hours. In addition, there were numerous other inquiries.

You can read the full press release on the cooperation between etventure and Putzmeister as well as PUMPNOW here (in German). Come and have a look at PUMPNOW’s website as well! 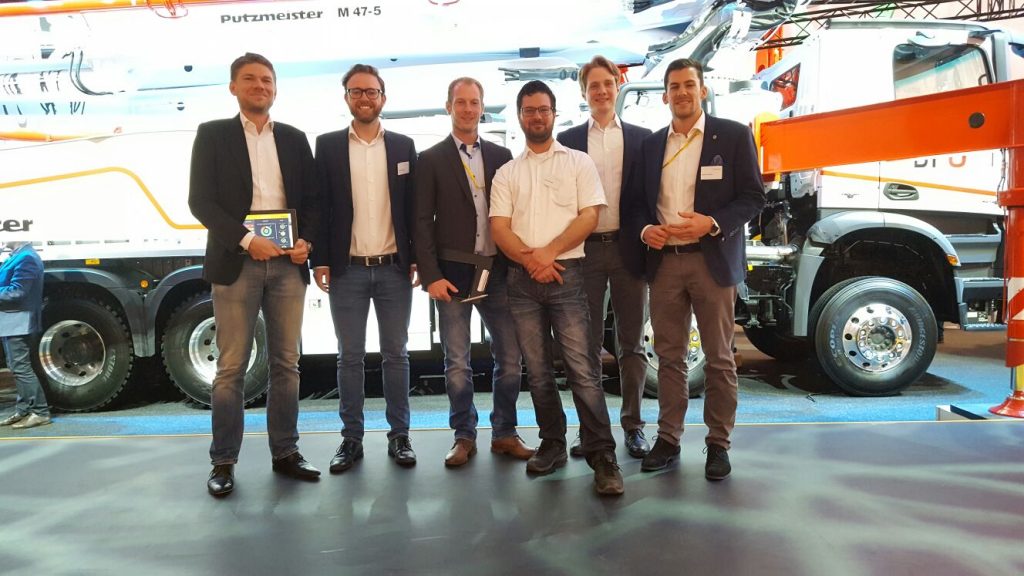 The Innovation Factory team, which is made up of employees from Putzmeister and etventure