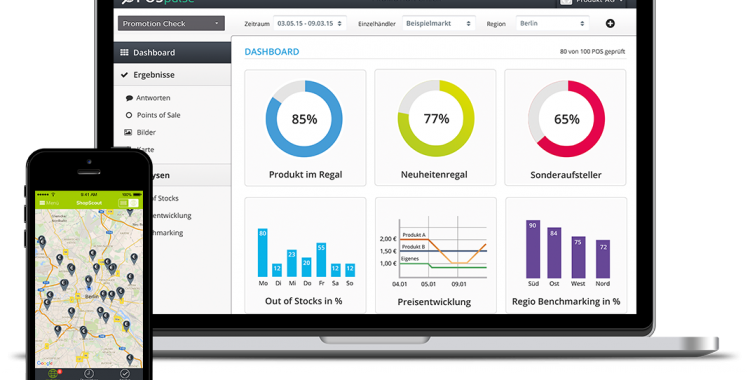 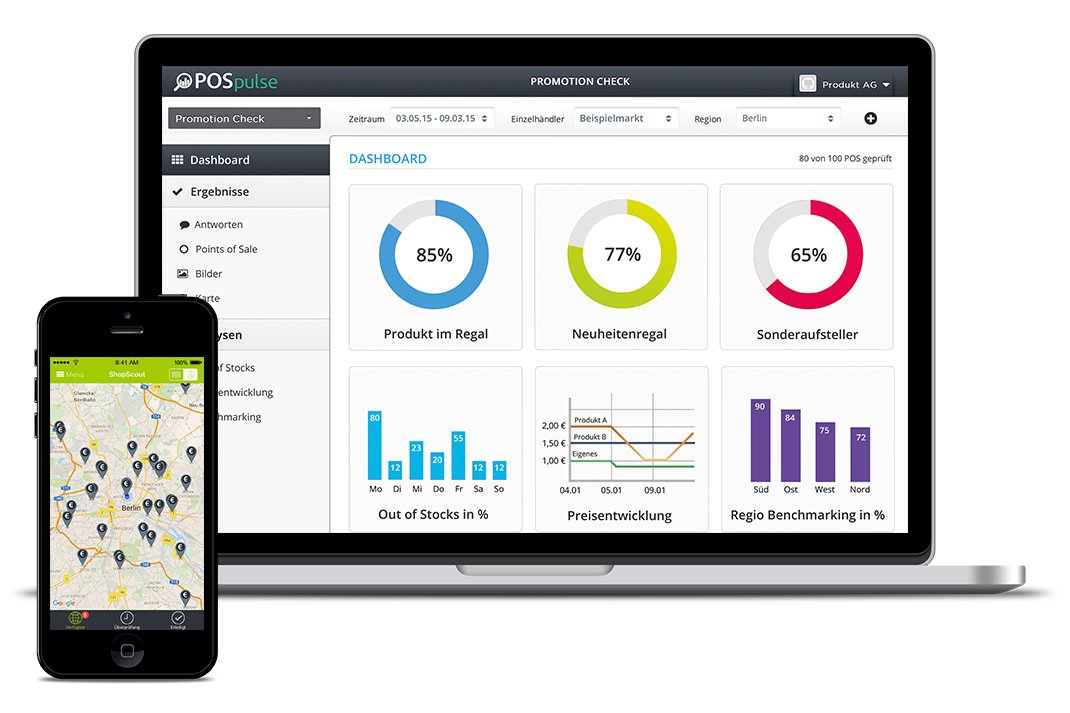 Berlin, 10 July 2017 – A success story for POSpulse: the shopper insights intelligence provider has received EUR 3 million as part of a Series B financing round. In addition to the existing investors, the Berlin-based company also acquired new shareholders. The new investors include Paul Kraut, former shareholder and CEO of toy manufacturer Schleich, and moebel.de founder Robert Kabs with Follow the Rabbit Ventures. POSpulse emerged from company builder etventure, which is run by start-up expert and former Team Europe member Sebastian Esser. As early as the end of 2015, POSpulse received financing through investments by Intermedia (Medien Union) and Drillisch AG. Germany’s largest early-stage investor, the High-Tech Start-Up Fund (HTGF), has been supporting the company since it was established in 2014.

Launched with the mission of bringing the real-time transparency of e-commerce into bricks-and-mortar retailing, POSpulse now analyses all the processes within the customer decision journey in order to support retailers and manufacturers in marketing their products. Using the “ShopScout” app, real consumers acting as scouts transmit their impressions and insights on product concepts, shop design and customer satisfaction – when shopping online and directly in bricks-and-mortar retailers. At the end, the client is given individual analyses that are translated by POSpulse into specific recommended actions.

In the last few months, the Berlin-based start-up has shown huge growth and has acquired Yakult in Italy as a new client in addition to existing clients like Mondelēz Germany, METRO and Vodafone. With the new investors, the company is now bringing additional established sector experts on board, with whose help POSpulse aims to become the leading shopper insights intelligence company. After POSpulse expanded into Italy, Spain, Poland and the Czech Republic in 2016, the financing is intended to help future product launches in other international markets.

“POSpulse is already working significantly more quickly and flexibly and with more client focus than established market research companies. With its development into a shopper insights intelligence platform, industry decision makers will be able to receive relevant information at the press of a button and appropriately adjust and manage ongoing product placements and marketing campaigns. It’s a unique approach that convinced me as an investor,” explained Paul Kraut, former shareholder and CEO of Schleich.

Dominic Blank, founder and CEO of POSpulse, added: “We are delighted that we have managed to convince other well-known investors. The new capital will enable our solutions to deliver even more added value, by automatically comparing shopper insights and benchmarks and presenting recommended actions directly via the platform. This innovation – market research in real time via a platform – is speeding up decision making in companies significantly and thus improving the performance of our clients’ sales and marketing efforts. We are convinced that this approach will shape the future of market research over the long term.”

POSpulse is a crowd-based shopper insights intelligence company that helps leading sectors in Europe to achieve more transparency and excellence in the marketing of their products. With a panel of mobile shoppers and its own “ShopScout” app, POSpulse evaluates insights along the entire shopper journey – at home, out of home or directly at the point of experience (POE). The results are then evaluated using an analytics dashboard practically in real time and translated into specific recommended actions by industry experts. Its clients include Mondelēz International, Mars Petcare, Media Markt, STORCK and Vodafone. POSpulse is an innovation from company builder etventure. The company is based in Berlin. www.pospulse.com.