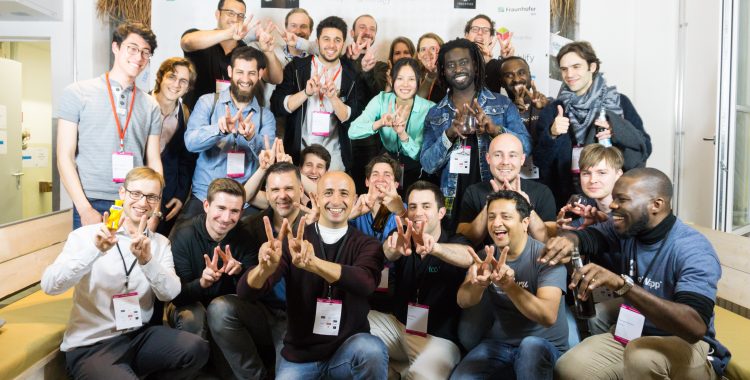 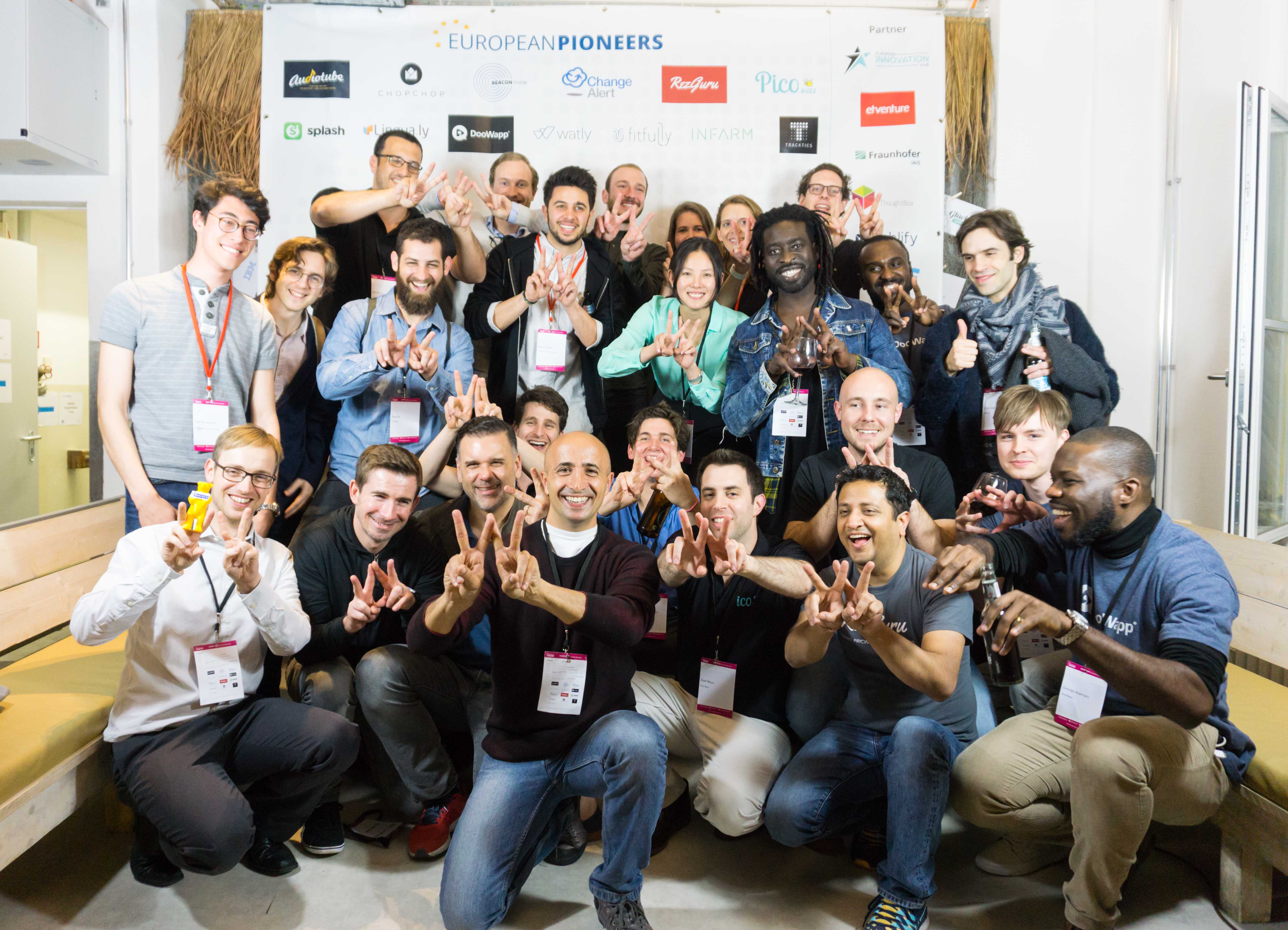 Berlin, April 18, 2016—On April 14, the consortium partners of EU-funded accelerator EuropeanPioneers bid farewell to the program’s last 13 startups in Berlin. The European Union has funded a total of 25 newly founded companies from 11 countries as part of the startup program initiated in 2014. Alongside a comprehensive mentoring program and numerous workshops, each company was given funding support of EUR 175,000. The unusual thing about it was that the startups did not need to give away any interest in the company. EuropeanPioneers gave a total of EUR 4.5 million to startups during the term of the program.

After eight months of the accelerator program, the second-year startups were able to show some outstanding successes on DemoDay in Berlin, such as new strategic cooperations with companies such as adidas, Soundcloud and Google, as well as successful presentations both at home and abroad. For example, Berlin-based VR startup Splash came out on top against international competition at the South by Southwest (SXSW) startup festival in March.

More than 660 teams from 39 countries applied in the second year of the program. 40 startups got through to the final and had to prove themselves in front of a jury. Only 13 founders from Israel, Germany, Spain, the UK and Denmark were eventually accepted into the program.

“In contrast to many specialized startup programs, EuropeanPioneers has a very broad base in terms of content and region. We are working with startups from five countries, providing new products for a wide range of sectors,” said Laura Kohler, EuropeanPioneers Director and CEO of European Innovation Hub, as she explained the difference between this program and other accelerators. “Working with mentors and business experts from all over Europe, the founder teams have refined their existing initial products and market-tested them in the first few months. Now we are helping them initiate strategic partnerships with companies, procure investors, and establish the products in the market.”

IT meets soccer and agriculture

Startups supported by the EuropeanPioneers accelerator, which is led by digital consultant and startup builder etventure, include German companies Infarm and Tracktics.

Tracktics’ founders, management expert Benjamin Bruder and Swiss engineer Patrick Haas, have developed a data analysis tool for soccer teams. It provides an overview of all performance data, such as distance traveled, speed or heatmap, which shows the area of the soccer field in which a player is mainly moving. These data enable a detailed analysis of a player’s fitness and skills, as well as the team’s game strategy. Tracktics has now completed the beta phase, in which seven different top-level soccer teams put the system through its paces. Support was given by the medical staff of the German national soccer team and by the ESA Business Incubation Centre.

Infarm focuses on urban farming and has developed its own business model, “Farming as a Service”, out of this trend. Infarm is growing a wide range of different vegetables and salad types on shelves at several levels under LED lighting and in hydroculture. The vertical farms are monitored and managed via app. This idea from Israeli founder Erez Galonska arose from a very personal need. He wanted to be able to eat vegetables in Berlin that were just as fresh as those he found on his travels to faraway places in the world. With Infarm, Galonska wants to cultivate high quality, fresh food at affordable prices, avoid waste and protect the environment. “In 2050, the world’s population will have grown from seven to nine billion people, of whom 86 percent will be living in cities. In order to feed these people, we will need significantly more area under cultivation than we actually have,” explained Erez Galonska. The in-house farming module is already being used by Metro Group. The technology is set to be distributed worldwide by the end of 2016/start of 2017.

Other startups accepted from Germany include BeaconInside, a vendor-independent provider of an iBeacon and Eddystone beacon management platforms and virtual reality startup Splash.

All the accelerator’s startups use FIWARE—Future Internet technology. The open source standard platform developed in Europe provides a service infrastructure on which the online applications can be developed. From mid-2016, all EU-wide FIWARE activities of the Future Internet program have been bundled together in the FIWARE Foundation. The lifespan of the EuropeanPioneers accelerator came to an end, as planned, in summer 2016. From fall 2016, new funding programs will be launched through FIWARE.

The Accelerator EuropeanPioneers is part of the Future Internet Program of the European Union, “FIWARE ACCELERATOR PROGRAM”, which awards 80 million euros in total to innovative startups. The aim is to promote internet economy in Europe. EuropeanPioneers is one of 16 accelerators in this program and is coordinated by a consortium led by the European company European Innovation Hub, a subsidiary of digital consulting company etventure. Other partners are Fraunhofer IAIS (Sankt Augustin), Weblify (Poland), ThoughtBox (Ireland) and FSecure (Finland).

European Innovation Hub GmbH was founded in 2015 and is a wholly owned subsidiary of digital consultant and company builder etventure. The team already manages a wide range of EU projects, such as accelerator EuropeanPioneers and the WELCOME program, which connects startup ecosystems in five European regions. Total funding volume across both projects is over EUR 8 million. European Innovation Hub is also a member of the EU-wide iHub network, whose members include more than 20 accelerators and innovation hubs in Europe. European Innovation Hub also supports medium-sized enterprises and large corporations in their collaboration with startups and in developing sustainable accelerator programs.